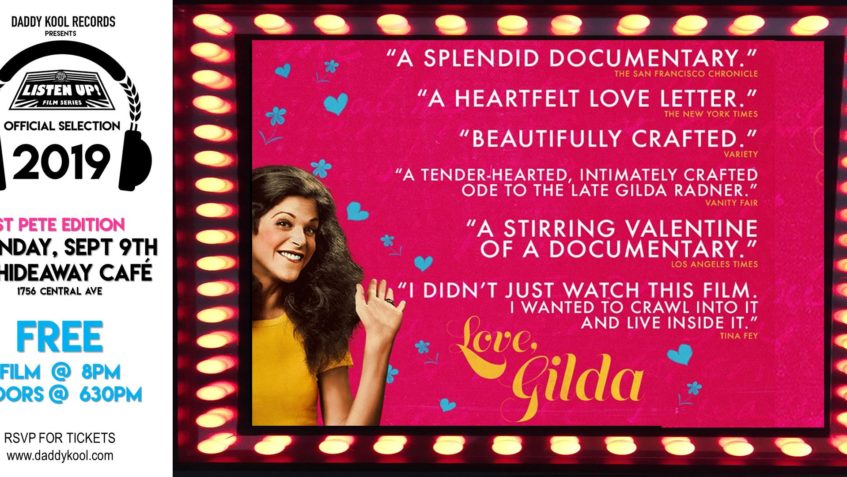 Love Gilda
opens a unique window into the honest and whimsical world of beloved performer Gilda Radner, whose greatest role was sharing her story.

On this night we would like to bring awareness to the disease that took Gilda Radner and many other women too soon.

Cash Donations will taken at the event by the Celma Mastry Ovarian Cancer Foundation based in St Pete and you can learn more about their upcoming One Step Closer: Run for the Cure Race happening on Saturday Sept. 21st in St Pete. ( learn more about the run and register at: https://runsignup.com/Race/FL/SaintPetersburg/CMOCF)

Synopsis
In her own words, comedienne Gilda Radner reflects on her life and career. Weaving together her recently discovered audiotapes, interviews with friends (Chevy Chase, Lorne Michaels, Laraine Newman, Paul Shaffer and Martin Short), rare home movies and diaries read by modern-day comedians inspired by Gilda (Bill Hader, Amy Poehler, Maya Rudolph and Cecily Strong), LOVE, GILDA opens up a unique window into the honest and whimsical world of a beloved performer whose greatest role was sharing her story.

Gilda Radner puts a smile on the faces of people who remember watching her as one of the original cast members of Saturday Night Live, where she created and portrayed such now-classic comic characters as Roseanne Roseannadanna, Emily Litella and Lisa Loopner. She quickly rose to meteoric fame in television, movies and on Broadway, and was declared ‘one of America’s sweethearts.’ LOVE, GILDA, directed by Lisa D’Apolito, is a true autobiography, told in Gilda’s words and in her own voice. Working with the Radner Estate, D’Apolito unearthed a collection of diaries and personal audio and videotapes documenting her childhood, her comedy career, her relationships and ultimately, her struggle with cancer. This never-before-seen footage and journal entries form the narrative spine of the documentary, allowing Gilda to tell her own story– through the laughter and sometimes the tears. Incredibly, she was able to find humor in even the darkest of times. Gilda’s spirit lives on in comedy as a female trailblazer who continues to inspire many present day comedic performers, including Bill Hader, Amy Poehler, Maya Rudolph, and Cecily Strong. Also interviewed are SNL original cast members– Chevy Chase, Laraine Newman and Paul Shaffer– as well as, Lorne Michaels (SNL creator and producer), Alan Zweibel (SNL writer), Stephen Schwartz (Broadway composer); Andrew Alexander (CEO of Second City) and long-time friend Martin Short. LOVE, GILDA opens up a unique window into the honest and whimsical world of a beloved performer whose greatest role was sharing her story.

Prev event
All events
Next event 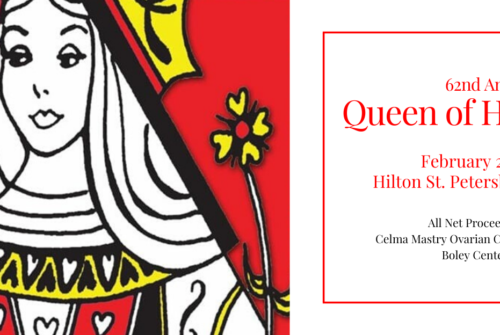